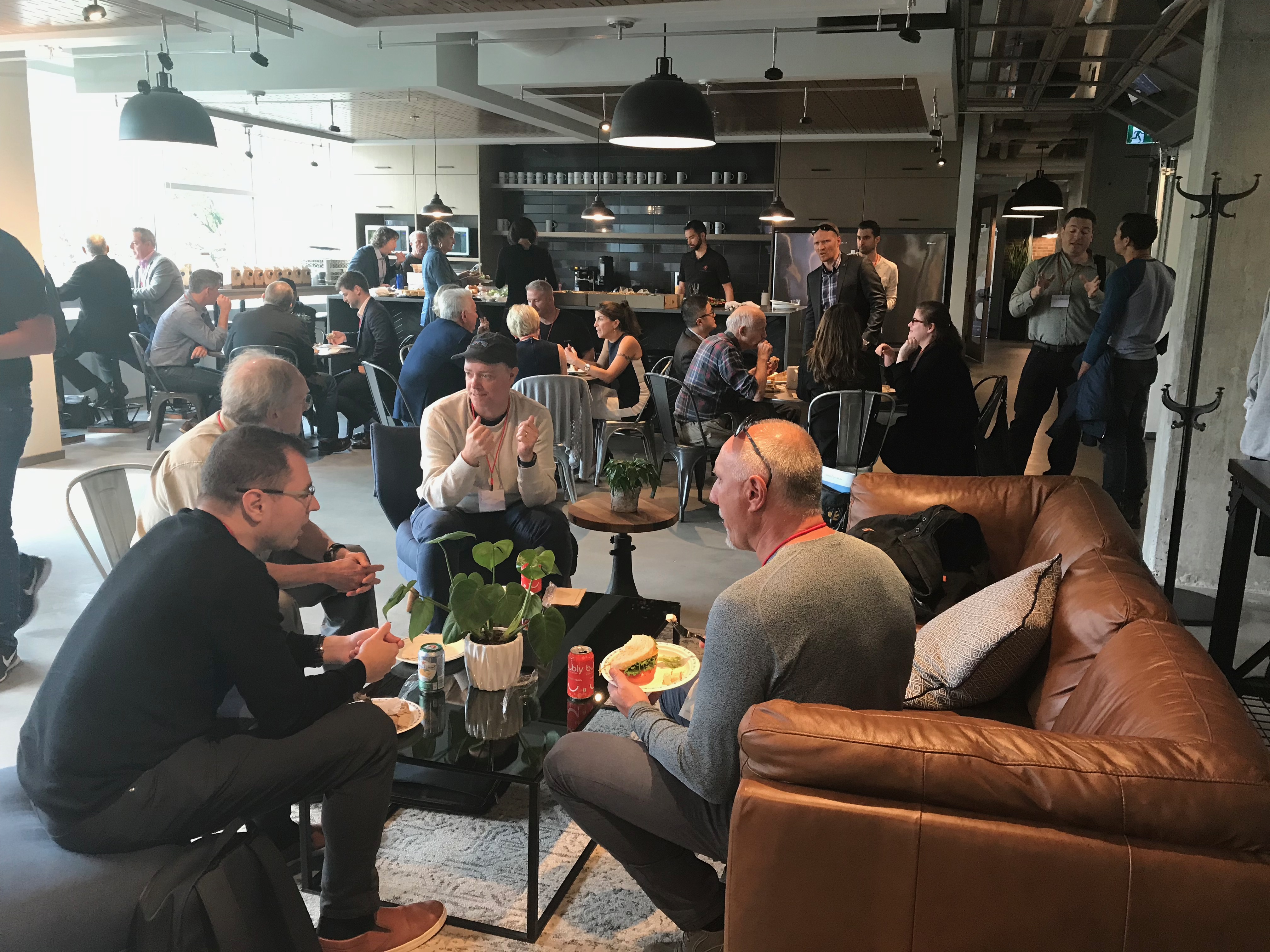 Following the success of the Victoria summit earlier this year, Angel Forum embarked on its next regional effort: the Okanagan region. Supported by Accelerate Okanagan,  it was agreed that the spectacular Innovation Centre in Kelowna would be the perfect venue to get local and Vancouver angels and entrepreneurs together for networking, pitches and learning.

The event got going on Thursday afternoon with my workshop, Structuring Deals and Term Sheets, which is an evergreen favorite for entrepreneurs, investors and service providers. Demystifying common, preferred, convertible and SAFE deals remains on the top of the list for most, including of course the never ending discussion over valuation. The workshop ended with a panel with two local tech investors, Steve Wandler and Brodie Desimone and from Vancouver Vantec’s Thealzel Lee and Andy Creech who represented sponsor TMX. Not long after that attendees and fresh arrivals congregated at the Indigenous World Winery to sample some of the local wines and amazing indigenous styled appetizers.

The next morning Kelowna mayor Colin Basran formally opened the event and he highlighted the growth of the city in recent years. The first keynote came from Toronto-based investor and entrepreneur Eva Lau who talked about her journey from being one of the first employees at the incredibly successful Wattpad to now being a full-time investor at her recently launched Two Small Fish Ventures. Eva focused on how her journey formed the basis of her investment thesis as she focuses on businesses that can demonstrate rapid growth through network effects. It was quite interesting to hear her argue that Wattpad can draw on Canada’s many immigrant groups to service the company’s growing international and multicultural millennials. Canada she argued, is therefore much better positioned to understand global markets than the US. And yes, many rushed off to read ‘Finding Love in a Coffeeshop’ which now has had over 10 million readers on Wattpad.

Right after lunch Ralph Turfus, one of Canada’s most seasoned super angels took the attendees through a life of angel investing. Ralph tells it like it is and demystified angel returns and explained how to build and manage angel portfolios. The core lesson: it is not easy, it takes time and the outcomes are not nearly as spectacular as we are often led to believe. An interesting panel discussion followed where Ralph was joined by Eva Lau and Apply Ventures’ Gautam Banerjee and Active Impact Investments’ Mike Winterfield.  The day ended with a company tour at the innovation center where we visited the offices of Pela, Trellis, Tonit, Playr.gg, UBCO Innovation Hub and Get in the Loop. After that, it was time for drinks at the Curious Café which served a huge selection of craft beers and excellent pizzas.

But the best part was the deep networking. The keynote speakers had time for all attendees and in every corner of the venue people were talking, exchanging ideas, structuring deals and discovering new areas for collaboration. Some out of towners commented on how fragmented British Columbia’s ecosystem appears to be with everyone doing their own thing. The Kelowna Summit was therefore another step in getting collaboration across the province going with the goal of doing better deals, faster.

A big thanks to Brodie Desimone and the team at Accelerate Okanagan for making the event happen and of course our phenomenal sponsors: Harper Grey, OKR, PWC, TMX Group, Apply Ventures, E-Fund and WUTIF.